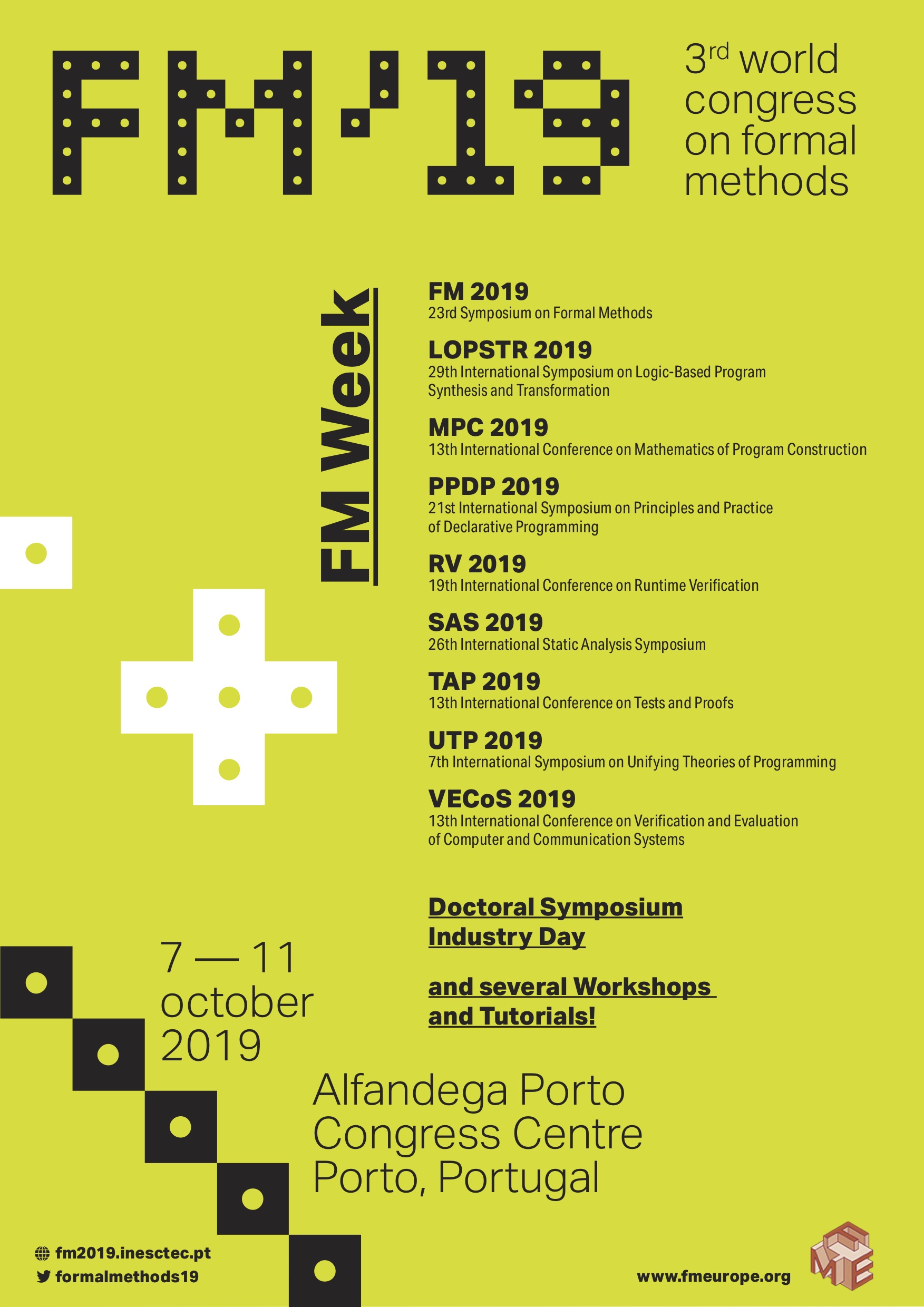 Interested in organizing a workshop, tutorial, or similar events #formalmethods21 #fm21? The deadline for proposal submissions is fast approaching, on Feb 15! 👉 http://lcs.ios.ac.cn/fm2021/index.php/call-for-workshops-and-tutorials/

➡️ The two LNCS volumes containing the Revised Selected Papers of the #formalmethods19 International Workshops are out, please see https://bit.ly/321nn29
A big thank you to FM'19 WS co-chairs Nelma Moreira and Emil Skerinski for such a fantastic job.
#formalmethods @FormalMtds

We would like to thank you once again for making FM’19 a top scientific conference! 👏 A big thank you to all companies and institutions that sponsored this great event! See you soon in Beijing, China! Don’t miss it! 👉 http://bit.ly/3465wqE #formalmethods19 #formalmethods21